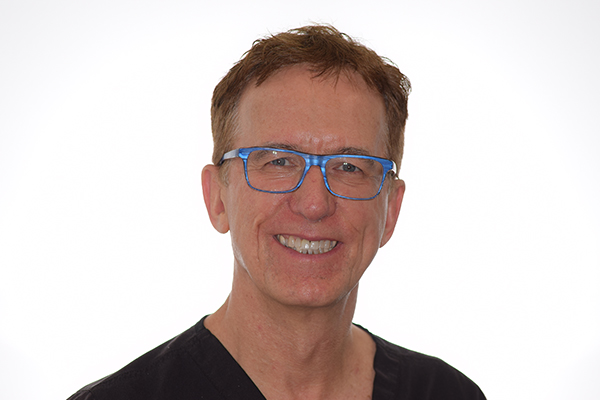 Born in Regina, Saskatchewan, Dr. William G. Abbott grew up in Sarnia, Ontario. After attending University of Western Ontario, Bill obtained his Doctor of Dental Surgery degree from the University of Toronto in 1976. His post-graduate education included internship at University Hospital in London, Ontario, followed by completion of a residency in Oral and Maxillofacial Surgery at Michael Reese Hospital and Medical Center in Chicago, Illinois. Bill has been in private practice in London, Ontario since 1980. Bill is a Fellow of the Royal College of Dentists of Canada and a past examiner for the college. He is also a Diplomate of the American Board of Oral and Maxillofacial Surgery. He is a past president of the Canadian Association of Oral and Maxillofacial Surgeons and the London and District Dental Society. Bill was previously an Associate Clinical Professor of Oral and Maxillofacial Surgery at the University of Illinois at Chicago. He is a Fellow of the International Team for Implantology (ITI) and currently Study Club Coordinator for the Canadian Section of ITI. Bill is a frequent speaker at study clubs and dental societies. Dr. Abbott holds Honourary Fellowships in the Academy of Dentistry International (ADI) and the Pierre Fauchard Academy. He is also the recipient of numerous service awards.