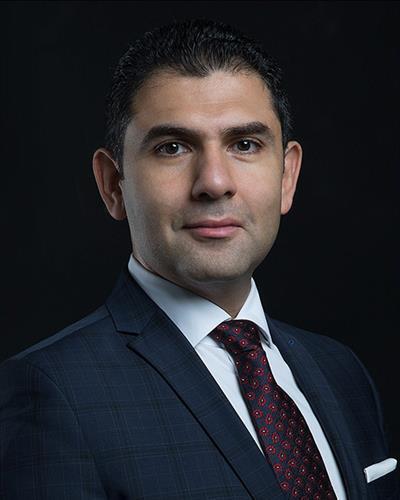 Dr. Att is a professor and Chair of the Department of Prosthodontics at Tufts University School of Dental Medicine. He is also a professor of prosthodontics at the School of Dentistry, University of Freiburg, Germany. Dr. Att is board-certified prosthodontist from the German Society of Prosthodontics and Biomaterials (DGPro) since 2004 and an active member of multiple professional organizations, including the European Academy of Esthetic Dentistry (EAED), International Academy of Digital Dental Medicine, International College of Prosthodontists, Greater New York Academy of Prosthodontics and others. He serves as President of the International Academy for Digital Dental Medicine (IADDM), Past-President of the Prosthodontics Group of the International Association for Dental Research (IADR) as well as President of the Arabian Academy of Esthetic Dentistry (ARAED). Dr. Att obtained his DDS degree in 1997 form Tishreen University and received the Dr Med Dent (2003) and PhD (2010) degrees as well as the title of extraordinary professor (2013) from the University of Freiburg. He was a visiting assistant professor from 2005 to 2007 at the Weintraub Center for Reconstructive Biotechnology, UCLA School of Dentistry and the Director of Postgraduate Program in Prosthodontics in Freiburg from 2007 to 2017. A widely published and internationally respected clinician and lecturer, Dr. Att’s main focus within teaching, research and clinical practice is esthetic and implant dentistry as well as well as the implementation of cutting-edge digital technologies in both reconstructive and multidisciplinary dentistry.